Dr Huzan Daver is a psychotherapist, holistic counsellor and facilitator of self-transformation through meditation. Huzan was born in India and was drawn to spirituality from an early age. She has gained knowledge in numerous healing modalities including yoga, meditation, Reiki and Chiron healing.

She is a professional member of the Australian Associated for Social Workers and the Energetic Healers Association.

Huzan has over 30yrs experience in social work and healing spanning from working in Mother Teresa’s home for the destitute, the slums of Mumbai, healing work with AIDS and cancer patients in Canada to mental health counselling work and lecturing and teaching in colleges in Australia.

Huzan undertakes a holisitic approach to well-being, incorporating her own brand of counselling and healing utilising ancient techniques of meditation and regression therapy. Offering practical meditation approaches to dissolve fear, anger and sadness and minimise the causation of physical and mental illness, she endeavours to serve others by empowering them to discover their true divine reality. She has also written a comprehensive book on the subject of meditation entitled ‘My True Reality’ and is involved in the establishment of a holistic wellness centre in India with the aim of providing free of charge wellness treatments including yoga, mediation, pranayama and music. 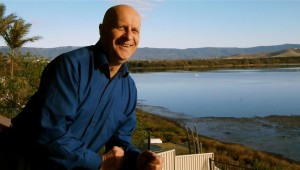 Anatole founded the inspired THINKING institute Pty Ltd in 2010 to see a world of peace and prosperity for everyone on this planet and to create initiatives that are of the greatest service to the largest number of people in the shortest amount of time and in the most effective way.

Over the last 25 years, Anatole has worked with many leaders and other amazing individuals from around the world. He offers his expertise & experience and an inspired understanding of exoteric and esoteric science to enlightened executives, entrepreneurs and individuals, especially those who are making a positive contribution to this planet and the people on it!

He was recently informally appointed Chief Inspiration Officer to the conference: “Big Issues: Inspirational Thinking”. He was also asked to be the closing speaker of the finale session of the conference, addressing all the participants, called “Big Thinkers & Inspirational Ideas“.

The conference has been organised for leading CEO’s in the Asia/ Pacific region through the World Presidents Organisation. He explores valuable insights and principles (**) into how life works! The premise being that life is far more remarkable than you think! And so are we.

Prof Cyndi Shannon Weickert is dedicated to help those suffering from schizophrenia. Prof Shannon Weickert obtained a BA in Biology and Psychology from Keuka College in upstate New York. She earned a PhD in Biomedical Science from Mount Sinai Medical School in New York City. Prof Shannon Weickert spent the next 11 years in the Intramural Research program at the National Institute of Mental Health (NIMH) in Washington DC. In 2006, she became a Professor at the University of New South Wales.

Currently, Prof Shannon Weickert leads a translational research program that uses insight from the molecular and cellular neurodevelopment of schizophrenia to design and test novel treatments for people with schizophrenia.

Recently, Prof Shannon Weickert and her team have identified that there is immune activation in the brains of people with schizophrenia suggesting anti-inflammatory agents may be of therapeutic benefit.

Hi, My name is Richard Schweizer. I am a Patient Ambassador for the Schizophrenia Research Institute, based in Sydney. I have had schizophrenia since 2003, at which time I was incredibly fearful, saw delusions of reference and imagined voices in my head.Luckily I have responded well to available medications and suffer few symptoms, although I do get occasionally anxious or depressed and I sleep a great deal.

read more
I am currently writing a PhD at Sydney University about the sociology of schizophrenia. I am studying part-time. I also have a deep and abiding interest in Australian politics – my bookshelf is full of books on the issue. I lean to the left, though I am aware that everyone has weaknesses and foibles. My dream, before developing schizophrenia, was to be a policy adviser to an Australian Prime Minister. Now that I am in a different situation I would like to be a mental health advocate for people who sorely need better representation.
Outside my scholarly and vocational activities I enjoy writing songs, listening to music, jazz, reading, seeing cinema and presenting a radio show on Eastside Radio 89.7fm.

Kyinzom is a campaigner with Australia Tibet Council, an organisation that campaign for the human rights and democratic freedoms of the Tibetan people.

read more
The daughter of a noted Tibetan activist, Kyinzom grew up in Dharamsala and was schooled in the Tibetan Children’s Village. After studying at Delhi University, Kyinzom worked a journalist for the Times of India and The Asian Age. She has lived in Australia since 2006 and was the official reporter for the Dalai Lama’s 2011 Australian visit. 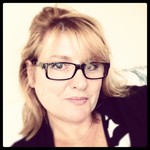 KAren is one of Australia’s Foremost Thought Leaders and Change Agents, showing you the way to a Happier & Healthier Life through Personal Sessions, Workshops, Seminars, Movies and Media.

read more
Read vibrations, transform lives, align energy desire & intent. She reconnects you to your soul purpose and inner Guidance, present empowering stories & people on radio, make films which inspire us to be all we can imagine. Empowers and facilitates Self-Empowerment and change for the better.”I am all fired up about this era of the difference makers and watching people come alive with creative life changing ideas and self-empowerment. I love seeing people transform the way they think about themselves and go on to transform others. I just live for those Ah Haaaaaaa! moments when I speak with people.Life is changing rapidly and if we don’t keep up with our dreams we fall into those dull routines of our limiting habitual patterned responses which say, “I am not enough, I don’t make a difference and I can not have what I truly desire.”We are living in NEW times and the spiritual education and transformative energy available today makes miracles a common occurrence. Amazing spontaneous healing is available and becoming more common place. More people then ever before are allowing their dreams to manifest. We are genius creators and can be, do and have whatever we truly desire when we tap into the energy within us, which is the same energy that creates worlds. I relish guiding visionaries like you to find your calling and realize your visions.I believe the keys to living a JOY filled, Vital and Self-Empowered life is an optimistic attitude, the willingness take responsibility for our energy and our actions. To Love expansively and receive Love in return. To Forgive ourselves and the past and celebrate all we have lived, doing things that light us up, tap us into our brilliance and allow our creativity to boundlessly flow. Having an unquenchable sense of humour. Being OPEN to whatever or whomever comes our way, being unapologetic about who we are, saying YES to everything we are living and drinking in as much of life as we can.”KAren’s intention with her radio show is to bridge the gap from dis-empowenment to empowerment. When people embrace transformational work and then listen to the media which beats the drum of all that can and does go wrong in the world, this can create doubt and discord within. The media is a hypnotic tool which is responsible for  perpetuating many of the limiting ideas people have about life and what is possible. When wanting to effect change it is important to focus our powerful attention on messages which promote well being, transformation and possibility. 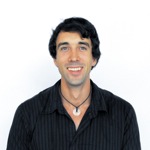 Nicolas began entering the personal development and spiritual self-awareness space in 2006 with the intention to develop more effective communication and confidence skills.  During this shift in focus, Nicolas worked for J P Morgan as a supervisor within the research team for Corporate Actions screening the Australian Stock market.  During 2009 Nicolas received guidance that his future was not in the finance industry but around supporting individuals to be authentic, living from their heart, be inspired about life and become an empowered human being.

Nicolas founded Lion Heart Coaching, previously known as Authentic Freedom Now as a coaching and facilitation practice to be the vehicle to fulfill the inspiration he received through his vision.  On his spiritual quest for embodying his truth he has embodied the teachings of Reiki, Theta Healing, Matrix Energetics, Reconnective healing, Oneness Deeksha Blessings and Quantum physics & coaching techniques.  Nicolas is a director for an empowerment charity called Cosmic Wheel starting in 2012 with the purpose of empowering individuals that are less fortunate in accessing resources so they can create the life they love.  In 2013 Nicolas was inspired to co-create and align his vision with other great visionaries and co founded Love Intelligence. Love Intelligence is choosing to co-create new realities that reflect an empowered humanity, through authentic communication, 100% personal responsibility and inspiration through coaching, facilitation and speaking to the hearts of people within business. 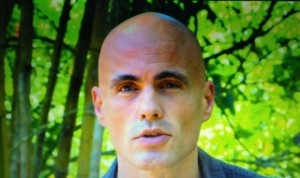 Sebastian Job, PhD, is Honorary Associate in the department of Anthropology, Sydney University. He has taught anthropology, history and sociology at the universities of Sydney, Macquarie, UNSW, and UWS, and is currently lecturing on philosophy at the Australian National Institute of Dramatic Art.

Read more
His research interests are currently focused on political and survival responses to the coming crises and probable breakdown of 21st century global civilisation and the role that the psychoactive ‘teacher plants’ can have in the harrowing transition. He has published on Russian politics, social theory, Aztec dance, DMT, Ecocide, and other topics and has lectured at Australian universities on these themes. A selection of his publications can be found at Academia Edu. He may be contacted at: sebastian.job@sydney.edu.au
Sydney Web Design by Soul Necta